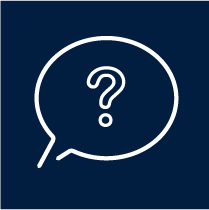 The FA is committed to delivering safe, inclusive and enjoyable football. This includes keeping everyone safe when using our digital platforms, such as The FA Community.

However, sadly there are times when member's online behaviour falls short of the standards expected of them. This will not be tolerated, and all members are encouraged to report any posts that they find offensive.

WHAT IS CONSIDERED ABUSIVE OR OFFENSIVE?

In this context, offensive and abusive content includes – but is not limited to – posting anything within The FA Community that:

Types of content include – but are not limited to – comments, blogs, pictures, images and videos.

While we regularly monitor The FA Community Monday – Friday 9am - 5pm, we are not responsible for any information which is posted by Community members. All content is viewed and used by you at your own risk, and we do not warrant the accuracy or reliability of any of the information. The views expressed are those of the individual contributors and not those of The FA.

If you choose to report a post, your details will only be visible by FA administrators.

Once something has been reported it will no longer be visible and will be logged for review within seven working days. If more than three people report a single post, it will be removed from the site automatically. Until this threshold is reached, the post will remain active – pending review.

If a post is not considered to be offensive or abusive in line with the FA Community Rules and Code of Conduct, no further action will be taken.

If a post is considered to be abusive or offensive, the post will be removed and the individual that is responsible for the post (the “Contributor”) will be contacted, and appropriate action taken.

The action taken will depend on the nature of the content reported and the Contributor’s role within football. This will be at the complete discretion of The FA, in line with our policy and regulations.

The Contributor will be able to appeal this decision.

If your post is reported, you will be notified by the email associated to your FAN.

The FA will remove the post from public viewing pending review. The FA is entitled to take any further action it deems necessary in line with our policy and procedures, this may include a suspension or termination of your access to the FA Community.

The FA will be entitled to temporarily suspend or withdraw membership from the Community at their complete discretion.

If an act of misconduct is reported, The FA will remove the post and the contributor will be notified. If Contributors wish to repost their content with the appropriate misconduct removed, they will be permitted to do so.

You will have an opportunity to appeal any decision made.

HOW DO I APPEAL?

A link to an appeals form is included within the email notification.

Community members can appeal any post that is reported using this link. Any appeal must be completed within seven days of the post being reported.

To appeal a reported post, members should complete the above form and submit for review. A decision following this will be made.

Members will receive reminder email a day before the appeal deadline.

If the form is not completed after seven days, it will expire, and members lose the opportunity to appeal.

Any member who wishes to appeal against the cancellation or suspension of their membership shall be entitled to appeal. Any initial appeals submitted via the  below form will be considered.

Each Appeal will be reviewed by an independent member of the FA Community reviewing team that was not involved in the initial evaluation of the post.

At all times, The FA reserves the right to:

If you have any questions, contact us at coachingcommunity@thefa.com.

In addition to this Policy, any reported acts of Misconduct as defined in The FA Handbook may be dealt with in accordance with The Association’s rules and regulations by the appropriate organs of the Association.