Why practicing and learning intercepting will help with becoming more skilful 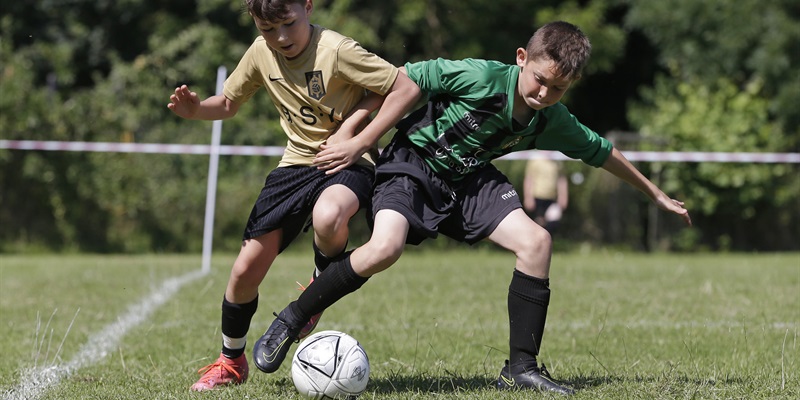 In this first blog of three, The FA’s youth coach developer, Paul Holder introduces intercepting and explains why it is an essential skill.

If I asked coaches to name a skilful player or a skilful action 99% would opt for a midfielder or a forward and an action done with the ball.  I would be surprised if it was a defender or a defending action and totally gobsmacked if it was anything to do with goalkeeping.  This is pretty obvious given the football community have naturally, historically and relentlessly shone a blinding light on what players do with the ball. It’s the ‘eye candy’ that grabs our attention.

This has though may have put defending and goalkeeping into a sort of ‘shade’. And has affected how we ‘see’ skill and what constitutes being skilful. So, it comes as little surprise that young players do not regard defending as skilful nor a path to glory and so, are in the main, more reluctant to learn and practice it however much we flag up its importance for the team.

Dawn is breaking though as more defenders and goalkeepers are becoming the target for big transfers, and their talents are more closely analysed and recognised in clubs and on the tele. The knock-on effect is that defenders are also becoming more prevalent as role models for our younger players.

The modern game seems to be forever speeding up and the team and individual tactics are becoming more and more fluid. Possession has to be more sophisticated against more mobile and savvy defences. The rules and refereeing are evolving too, which makes tackling and challenging a ‘fine’ rather than a ‘brutal’ art. At the top, no dodgy action is free of the risk of punishment.

As a result of all this, intercepting has become (and for the record, has always been) an essential ‘skill’ to learn. If we do want our teams and players to have more possession of the football (which is the best form of defence), then it would make perfect sense to help our young players learn how to intercept or ‘steal’ the ball back. In that way, they would gain ‘cleaner’ possession of the football and not get involved in those challenges that tend to have random outcomes. Players would then probably be in a better position, to do something positive with that possession.

Let’s have a closer look at intercepting.

It is therefore crucial to integrate intercepting into your practices. We would love to know if you integrate it already and how you do it. Please let us know below. In the next blog, I will be talking about some coaching tips so it would be great to share ideas together.