The benefits of playing in mixed gender environments 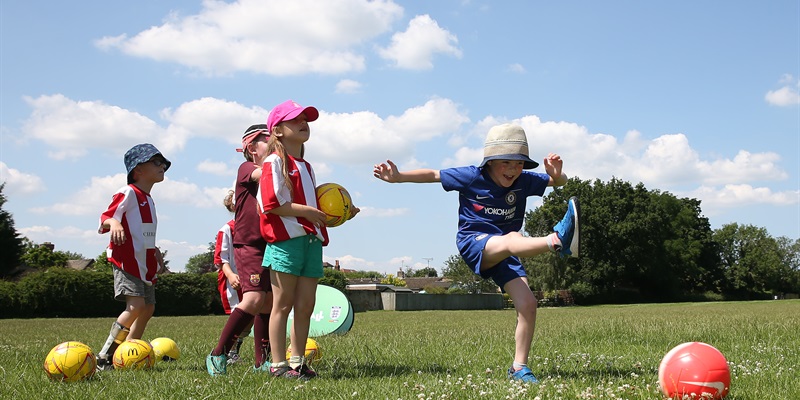 Adrian Penrose, the coach development officer at University of Chichester talks about the benefits of playing mixed-gender environments.

But what are the benefits of playing in a mixed-gender environment, the challenges that these young females will possibly experience and how can we, the coaches, support them and give them the best experience possible?

Let's first look at some facts…

Currently of 91,422 girls affiliated with a team in England only 14% play in a mixed-gender environment (roughly 12,800 players).

However, a study undertaken with 261 international youth players revealed that 84% had played in a mixed-gender environment for at least one season between the ages of 5 – 16 years old.

Somewhere in this, there has to be evidence to show that there has been a benefit for these youth international players from playing in these environments.

The 84% mentioned have all gone on to play at the highest level they can for their age and we know that not all players will reach this level.

For many they will play at grassroots, some in RTC’s and others may represent their country. But having interviewed six current players varying in experience from Women’s Super League to the National League we did find some consistencies about their experiences.

When asked about ‘why they played in mixed football?’ they highlighted some key bits of information relating to the environment that they encountered. They were:

If we know these are some of the benefits then what, as coaches, might we need to be aware of.

Let’s start by looking at the technical differences…both male and female players can do the same things technically. It is best to try to recognise the differences between individuals and not to directly compare.

Physically, puberty often happens earlier with females and understanding this can only help. During puberty, boys will also develop more strength which may allow them an advantage in certain areas over the female players.

Psychological differences are also key, female players will want to know ‘Why?’, and explain the purpose of what you are doing to support this. Some may take criticism to heart which may also affect self-esteem, so try to remain positive and support their strengths, not just picking out weaknesses.

Socially female players tend to be more receptive to coaching and listen more attentively. Social connections to their coaches and peers are therefore important to make them feel a part of the team.

The players we spoke to also highlighted challenges that they faced…

The good thing about knowing these potential challenges is that we can affect them all in a positive way, through education, equality and understanding of our biases.

If female players aspire to be the very best then playing with and against boys would help them develop their skills sets and face different challenges to all girls’ teams.

When asked, the players told us they want coaches to “help me settle into the team, on and off the pitch”, “Treat us all equally” and “Believe in me and back me” all things that are well in our control.