The benefits of player-led sessions 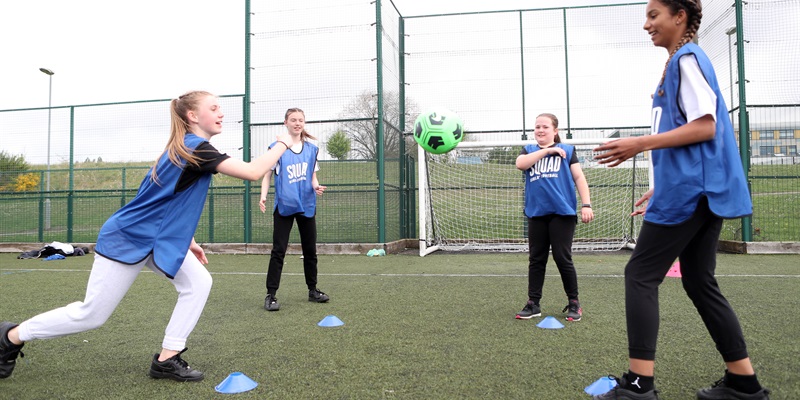 Player-led sessions are important because they provide so many psychological and social benefits for players. The last thing we want is to hear players say they are bored during a session. Encouraging students to embrace their curiosity can help to prevent this and is an important part of their education.

Curiosity is key to learning

When done right, a player-led environment is where development can really take place. When coaching I will often hand over power and autonomy to players, check their understanding and give them the opportunity to reflect on what they want to improve on individually and as a team.

If we give players ownership, it will empower them to strive to improve their own performance. It allows them to come up with their own challenges and helps to develop their decision-making.

It is VITAL that the environment we create allows players to be curious in their development and take away the fear of making mistakes.

We need to work with players to develop trusting relationships with teammates and coaches so that they understand what they need to do and can improve. But also, so that they want to come back and play in training or games. There is not a right or wrong way to deliver sessions, but we at least need to provide opportunities where players are able to take a lead in them.

We often see coaches tell players to lead the warm-up, but can you as a coach challenge yourself to allow players to lead an activity or small-sided game? Players will have their favourite games, and there is no reason why you can’t encourage them to lead these games within your sessions.

I remember when I was teaching, and a game called invisible football was introduced in the school. The children liked it that much they started to play during their break times. A majority of these children played on the same grassroots team, and they went back to their coach and said they wanted to play it which she allowed them to do. This is a great example of a coach allowing players to take ownership of their own learning.

We may also allow players to modify rules themselves for the games we play. For example, we may play 4v4 with the players but give them the opportunity to add a rule to the game. This will allow them to take responsibility in the game but is also a good way of teaching them to follow rules and deal with conflict. You may even find the next Gareth or Serina in the making.

During games, I have allowed players to lead the debriefs or even half-time team talks. For me, match day is an extension of your training session. Do not be afraid to allow the players to lead team talks or even come up with the starting line-up and when you are going to rotate players in. If we provide an opportunity for them to be empowered during training but take it all away during games, then we are stifling their development.

How do you ensure your sessions are player-led? Are there any other ways you empower your players? Let us know below.