Pressing in the final third 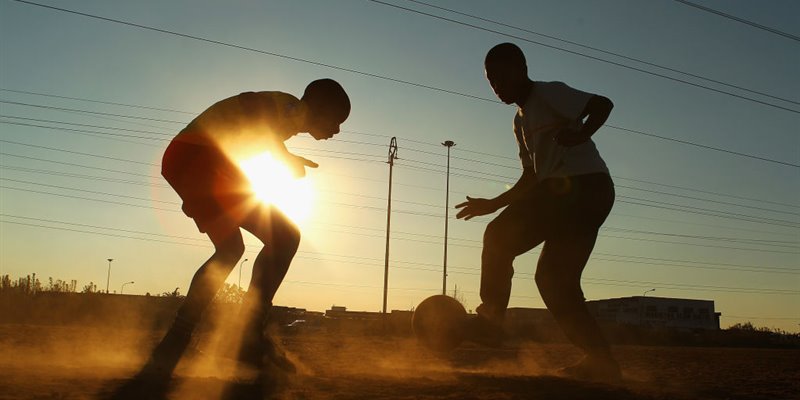 In this blog, the FA’s youth coach developer, Chris Sulley discusses pressing and how coaches can help young players to develop it in the final third of the pitch.

As more teams try to build and create attacks from their own defensive third we are seeing teams being more strategic and committed to pressing in the final third.

The essence of pressing in the final third is that the higher up you win the ball back the closer you are to the oppositions goal and therefore more likely to have goal scoring opportunities. This is also due to the opponents being in support positions and not necessarily in good defensive positions. And makes the counterattack a distinct possibility on the moment of transition.

This strategy is a numbers game, the more players committed to the press in the opponents half the more chance of regaining the ball. We are seeing teams now committing equal numbers of outfield players for example 7v7 although the team in possession, building the attack, will always have the option and extra player with the goalkeeper. Here are some examples during an England v Wales game:

When we look at teams like Liverpool, we can see that all players press but they commit at least six players to the press in the opponent’s half. These are their three strikers and three midfield players. They take up positions between opponents which allow them to do two jobs, try to get the ball or make up ground if the ball is played to one of the players they are responsible for.

The support behind the initial press is a key skill and one that needs to be learned if you are to be successful as a team.

So how does it look for younger players? We often see that the initial player who presses is very unlikely to win the ball but they disrupt the opponent’s flow which allows support players to win the ball back and it is often the third player in the sequence who wins it. These DNA clips show this common trait:

A priority for the coaches of young players is to ensure that they can decelerate efficiently, take up a good body shape and be patient once the player with the ball has been confronted. Young players need lots of practice at getting the distance between them and their opponent. This is made harder because this distance may differ depending on the opponent and their strengths or weaknesses. Being difficult to beat is crucial if the press is going to work.

We have also seen some anecdotal evidence that winning the ball back in central areas in the opponent's half gives your team an even greater chance of a goal-scoring opportunity. This begs the age-old question of which way do you try to send the player on the ball, outside towards the touchline or inside into traffic?

The England DNA has promoted a strategy of trying to send the opponents into wide areas and this was highlighted in the recent Euros where we employed two central midfield players whose major task was to prevent the ball from going through the central areas of England’s defensive lines. However, England coaches in the development squads have adapted this on occasion and forced teams inside in the opponent’s half. Again, there isn’t a right or wrong way it just needs to be agreed upon and understood by the team what your strategy is and everyone commits to it. This then requires practice to iron out any uncertainty or questions and to gain confidence and understanding of what it is you are trying to do.

Of course, you won’t be successful every time especially in open play, therefore a contingency plan needs to be in place, for example, if the opposition breach your high press can the team recover into a mid-block or low block where they send them outside and away from your goal.

Key considerations are the opposition and your own players’ capabilities. Have the opponents got players who are weak on the ball or not very good at passing? Have your players got the energy, enthusiasm and tactical appreciation to be successful enough to keep committed to the strategy, or do you need to adopt another strategy?

This strategy links nicely with Paul Holder’s previous blogs on interceptions who talks about encouraging players to scan and take up positions where they can intercept. If one opportunity to intercept has gone then encourage and praise your players with a good attitude and enthusiasm to get the ball back or create another interception opportunity.

Keep honing those coaching skills to help your players get better.

We hope you found this blog useful. We would love to hear how you help your players with pressing. What session plans do you use? Or do you have any further questions for Chris? Let us know below.