My experience of a great football environment 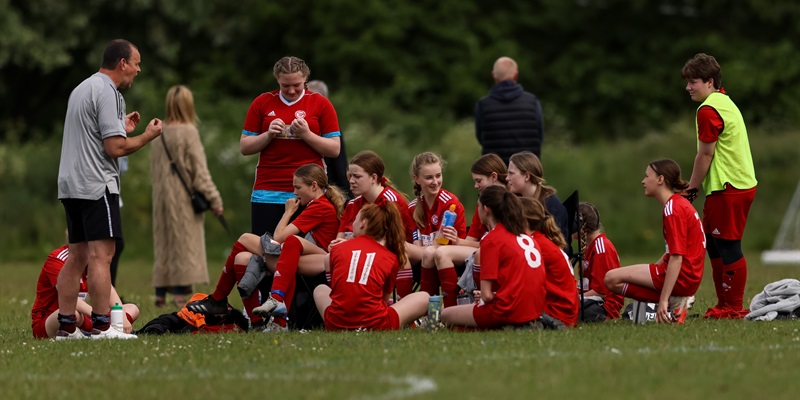 In this blog, Amanda Greenslade, the FA’s PE officer, discusses what makes a great football environment.

Over the years I have been involved with youth and open age level football. During that time, I have been lucky enough to experience some amazing (and some bad) environments as both a player and a coach.

The best environments for me were ones that were filled with connections, challenges, enjoyment and the right people all wanting to work towards the same goal.

The connections between the players and coaches were all very positive. There were no cliques, fighting oor hierarchy which created an environment where they were happy with whomever they worked with. Coaches' interactions with players were based on mutual respect and they had a clear understanding of every player as an individual and as a footballer. They were aware of which child played different sports, who had brothers and sisters, who usually came to watch the games, and why. They understood who had been playing since they were three and those who had only been for a few years.

The player's interactions with each other were also key.

These were also based on mutual respect, with the coach being quick to ensure that any interactions that didn’t meet the team’s expectations were dealt with quickly, quietly and effectively to ensure that this balance was kept. Due to all these factors, each player felt valued and part of the team.

The challenge and enjoyment for me are linked. The environment created ensured there was appropriate challenges for all the players. This helped to ensure that there was no boredom for the more able players and those that found it hard were given slightly easier task, so they enjoyed the sessions too. The sessions had a clear element of competition to them which increased the enjoyment for the players. It helped them to develop good competitive behaviours as well as learn what it felt like to lose and how to manage their emotions of this. The coaches were there quickly to intervene and help support where necessary. They always modelled the key qualities that they wanted from their players. This included key behaviours on match days and the way the coach interacted with the referee, parents, opposition coaches and players. The sessions also included fun and relaxing elements where the players had fun with other players as well as their coaches. It was always clear to see that the coach was enjoying the session and being with the players as much as the players were enjoying being there.

This last point, about the right people, I think can make or break an environment. Sometimes as coaches we feel that we have failed when players leave our team and sometimes, we can be unsure whether it is the right thing to do to ask someone to leave. For me, the best environments are where everyone wants to be there and enjoys being there. If this isn’t the case then it’s is ok, as we can’t be what everyone wants and needs all the time. Some might want a different type of coach, a different philosophy or sometimes a different personality, if we can support that then that is great but if not, then that is ok.

Creating safe and enjoyable environments is key for coaches, creating high-performing environments is more challenging and even the best premier league managers/ coaches can get this wrong. But, in my experience, if the connections between players and coaches are right the rest comes a little bit easier.

How do you ensure your environment offers a great experience for players? How do you develop a great culture with your team? Let us know below.