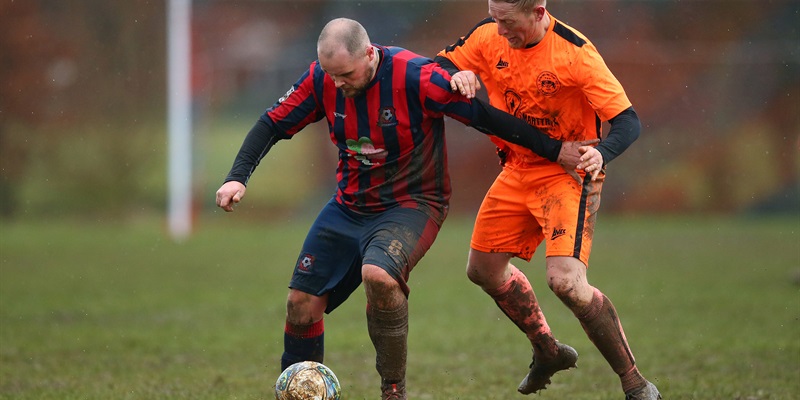 In this blog, Geoff Noonan, the FA coach developer, talks about how to help your players develop good decision-making in 1v1 situations.

Football is a constantly moving, highly interactive game that involves lots of decisions for players to make,  These decisions include another player coming into play, a time factor, a covering defender, a teammate on the move, and so on. All of these affect a player’s ability to scan and time their movements.

Let’s take a look at the before, during, and after of a 1v1 situation and see how we can build practices that may challenge and improve players ‘1v1 with decision-making skills’

What’s the pre-movement part of receiving? How does a player get on the ball before 1 v 1?

This ‘before’ action, is often from an opponent which can affect the timing of movement of the player when receiving the ball. It also means they may receive the ball from behind or side on. Therefore, sessions that help a player develop this passer-receiver relationship, and focus on the timing of this, will help when it comes to a match.

Once with the ball, a traditional 1 v 1, means the attacker's head position is down and will mainly focus on the opponent’s feet. They are not making any scanning decisions based on other players' movements, apart from reading the defender’s leg positions. They are not looking up because they don’t need to. How long would a player in a game do this before needing to look up to scan? Can a practice session include a teammate to offer other options?

Once round the player, where do they go then? In sessions, do they have to dribble over an end line, or can we make it more exciting? Perhaps we can ask them to read the GK position and try to shoot or play a teammate in?  How often are goals used in these practices?

How could we support players practicing dribbling skills and good decision-making at the same time? Using 2v1, 1v2, and 2v2 enables the players to make more game-like decisions, start scanning over a wider field of vision and dribble or use combination play. This also gives the players opportunities to practice recognising cues and triggers from opponents, and ask questions like - where is my teammate for combination play and where is the second defender?

Here is a simple/standard 1 v 1 that has some simple returns on decision making: 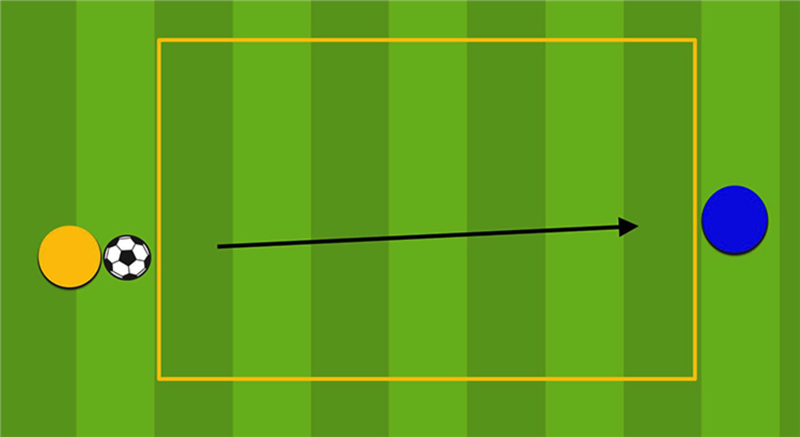 Here is a ‘1 v 1’ practice with more decisions: 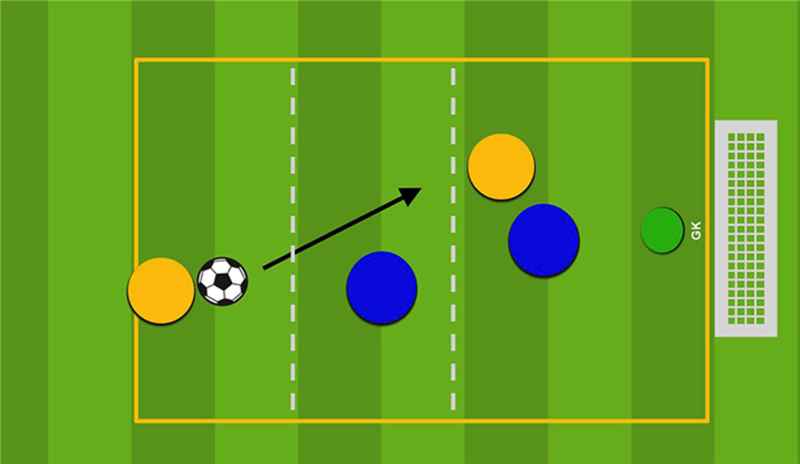 In the second image, the consequences, and decisions are more varied.

How often can we encourage players to practice in these situations? Especially across all ages and stages of development to develop independent decision making, on and off the ball.

Could the language we use be different? Could we use ‘dominate an opponent with decisions’, rather than just dominate 1 v 1?

Could a practice that has elements of ‘1 v 1 with decisions’ include:

What do you reckon? How do you help your players with this skill? Have you got a question for Geoff? Please ask below.