Importance of the first goal in the female game: Timing and case studies
Click here to join the England Football Learning group and chat with other members
OPTIONS
RELATED

Importance of the first goal in the female game: Timing and case studies 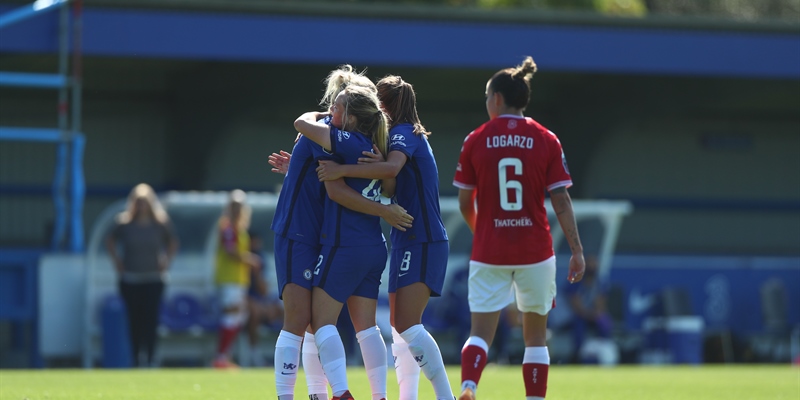 In our previous blog, we demonstrated the importance of scoring first in the game.  This blog explores how the later you score that first goal, the more likely it is you will win the game!

Scoring later in the game gives the opposition less time to positively change the result and get back into the match; if your team scores the first goal in the 80th minute, your opposition only have 10 minutes to grab a goal to get a point, and so even less time to score 2 goals to turn it completely around and win the game!

Take China v Zambia for example, an 8-goal thriller in the group stages of the tournament. China took the lead in the 7th minute, one of 9 teams that took the lead in the first 15 minutes across the 24 games with at least one goal (38%). As this first goal was scored so early, it gave Zambia ample time to get themselves back into it. Which they did, in the 15th minute. These two goals opened the floodgates for both teams, as the game went on to finish 4-4, with Zambia scoring the final goal of the game to equalise in the 84th minute. 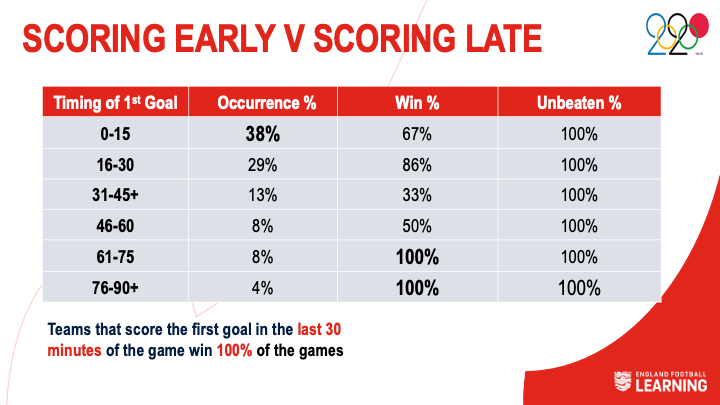 Bristol City were relegated at the end of the season on 12 points, with just 2 points separating them and 11th placed Birmingham City on 14 points. So, had Bristol City of taken just 3 more points from their 22 games, they would have stayed up. During the season, Bristol City took the lead in 6 of their 22 WSL matches. However, they went on to win just 2 of these 6 games, drawing 3 and losing 1. They took home just 9 points out of a possible 18 from winning positions, half of their possible points total from taking a 1-0 lead! What is really interesting about this is that Bristol City only ever scored the first goal of the match in the first half; they never scored the first goal of the game in the second half. If they had of scored more of their first goals later on in the game, would they have had more success and got themselves more points to avoid relegation? 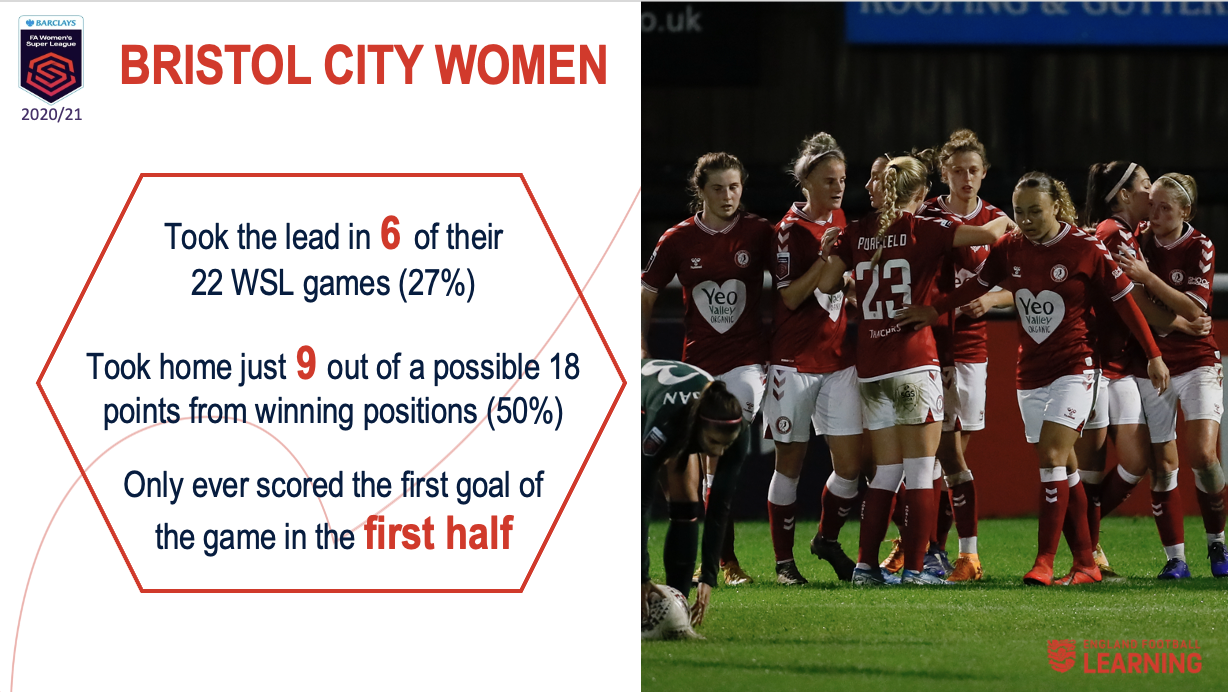 Having interacted with the analysis in the above piece, we now encourage you to consider: