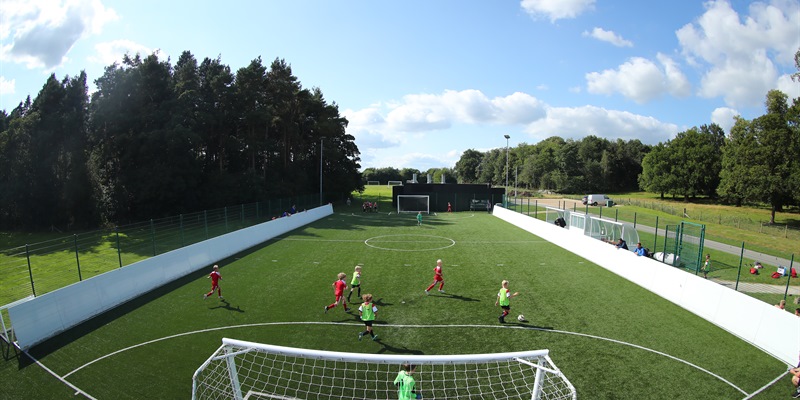 Practice makes perfect, right? Do we consider how our game formats affect the opportunity for players to practice core skills?

Whatever environment we coach in, it's essential to develop and constantly refine our player's core skills. Mastering the fundamentals allows players to succeed in multiple positions and situations the game can present.

Repetition is a powerful tool that is constantly used within training sessions. Practice makes perfect, right? The more we place our players in scenarios where they must perform technical skills under pressure in game-realistic situations, the better. So, do we consider how the games we set up as coaches affect the frequency of a player’s involvement?

Below are the "On the Ball" attacking and defending actions used within the FA. Exploring how frequently players can perform them was the basis for a recent case study from the DNA Cup. The tournament brought U9 boy's academy teams together at St George's Park for a day of football, both competitive and fun in equal measure, by facing off in multiple game formats. 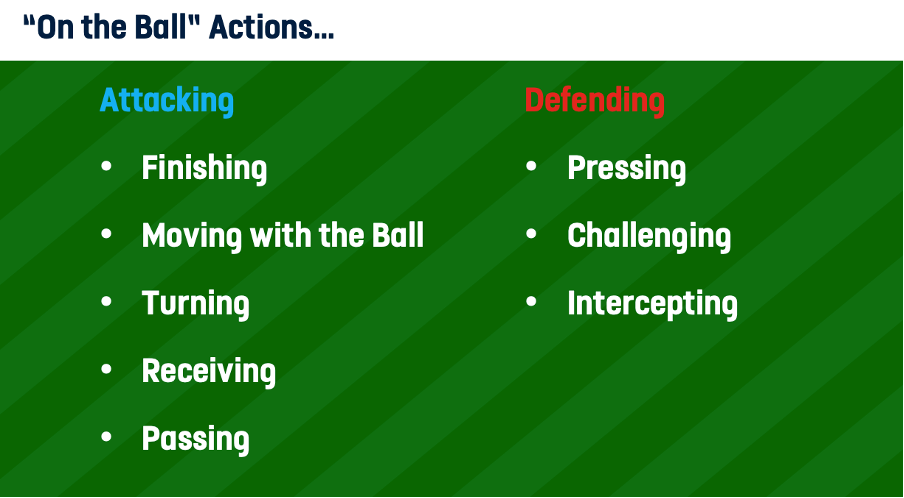 We counted the number of times players performed these actions within 10 minutes of ‘ball in play’ time across 3v3, 5v5 and 7v7 formats. 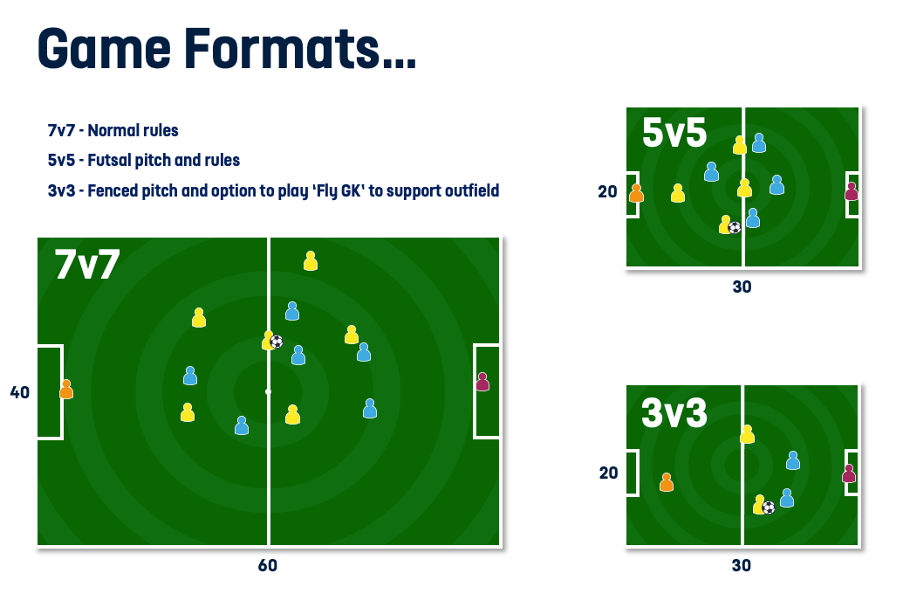 The graphs below show the number of actions per player that were performed across the three formats. Within this case study, all attacking actions measured increased as the number of players decreased. 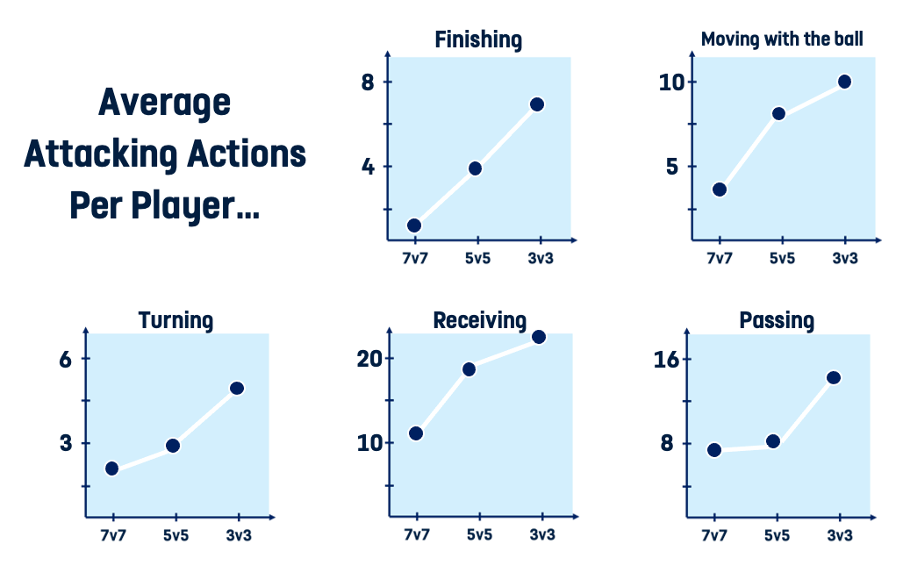 Let’s now take a look at the results from the 10-minutes of ‘ball in play’ time analysed in each format. Each outfielder received the ball on average 12 times in the 7v7, which was 6 fewer than the 18 times in the 5v5, and nearly half of the 23 times that players had to the opportunity to practice receiving in the 3v3. Before a player can shine in possession its vitally important that they are effective at receiving the ball.

The number of instances observed from 7v7 to 3v3 at least doubles in every other action, with the 5v5 format providing a mid-point between the two.

We saw similar results in the three defending actions per player that were measured.

Outfielders were exposed to less Pressing and Challenging actions in the 7v7 format than in the other two formats, with 3v3 coming out on top as having the most opportunities for players to practice. Intercepting was relatively uncommon in all three formats as shown in the graph above.

Tactical understanding plays a pivotal role within a player's developmental diet as they progress throughout their journey. Still, without the underpinning of fundamental core skills, a player's potential may be limited. Below are some considerations when planning for games…

Variety of Numbers - keeping the number of outfielders low increases the amount of individual responsibility on players and increases their opportunity to practice most on the ball actions.

Variety of Pitch Size - Physical returns are altered by pitch size, but coaches must also consider the effect of pitch size on their player's actions during a game. A smaller 5v5, for example, may allow for more challenges, tight spaces in which to receive, and an increase in 1v1 situations. Whereas a larger 5v5 may allow for ball-striking and moving with the ball over more considerable distances.

Environment, Rules & Constraints - the coach must be aware of how any game's environmental factors, rules, or constraints can affect a player's on the ball actions. Is the pitch played within a 'cage' with walls, or will the ball go out of play? Are GK's allowed out of the box to join in with play? Do players roll or throw the ball in from the sidelines? Do corners have to be taken short? Any decisions on how a game is set up will influence the game in some way.

As we can observe in this article's data, larger-sided games provide fewer opportunities to perform core skills. Perhaps we as coaches should be in no rush to race towards 11v11 too early. Playing more smaller side games in practice and on competitive match days may well be the answer to developing more skilful players in all positions of the pitch.