In the first blog we focused primarily on the transition phase of the counter attack, and explored the 69% of possessions that occurred from a transition.  See (The Importance of Transition: FA Cup Counter Attacking Case Study) for more insight.

Here we explore the number scenario a team is likely to face when they win the ball back and are looking to spring a counter attack.  We will then focus on the importance of being able to play forward quickly to exploit space behind the opposition.

How many players are involved?

When we think of counter attacking it can be easy to assume attackers have the advantage when it comes to numbers.  However, our analysis has shown that the most common scenario when winning the ball back is that the attacking team have the same number of players ahead of the ball as the defending team have behind it (this occurred in 50% of the counter attacking goals observed).  After this, it is most likely the defending team will have the numerical advantage (39% of goals) with the attacking team having advantage in only 11% of situations.

Transition in the defensive half

Transition in the attacking half

When the transition occurs in the attacking half the defending team have more players or an equal number of players in 87% of goals observed.  The attacking team only had a numerical advantage in 13% of goals. This further demonstrates the need to for the attacking team to play forward quickly and try to score before the opposition can get themselves back into a position to delay or deny an attack. 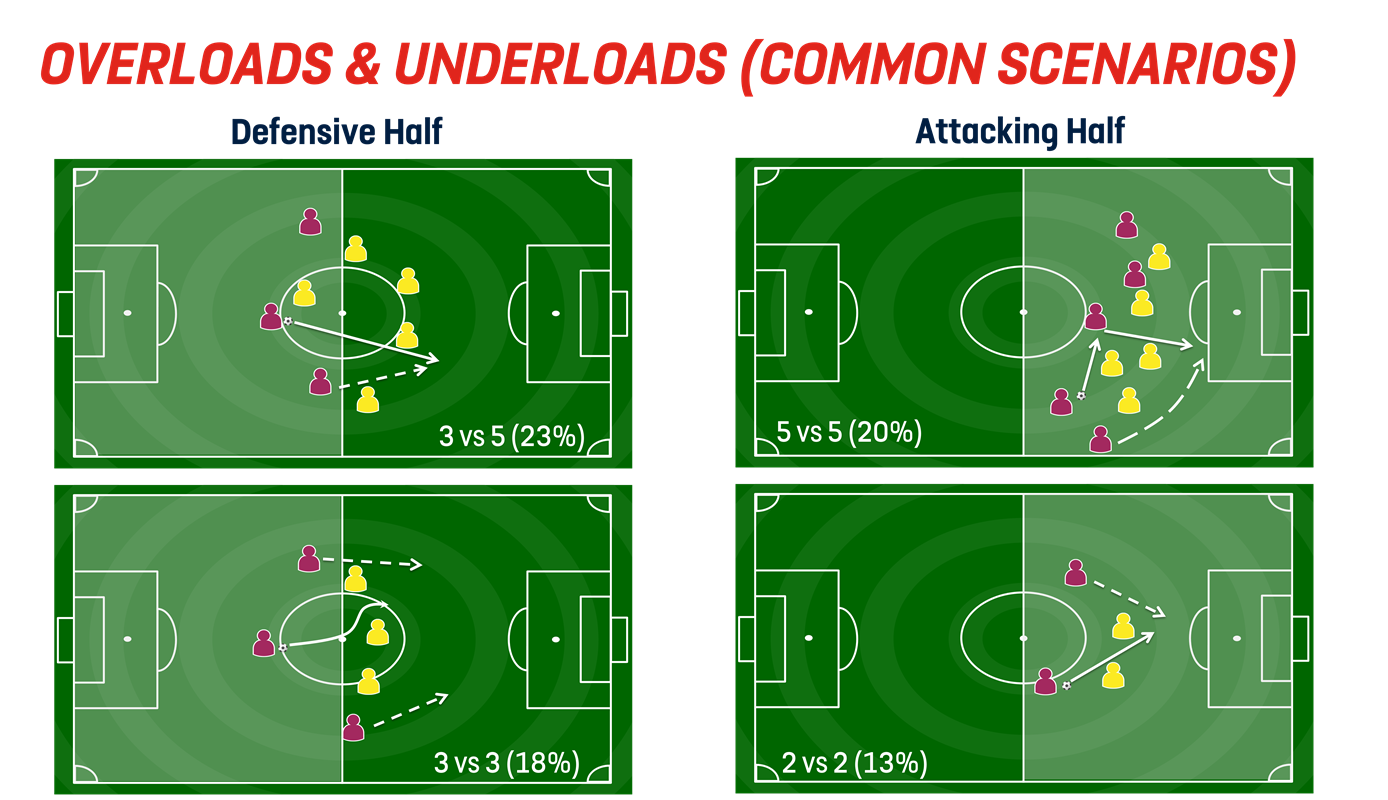 On average the counter attacking team will attack with 3 players against 4 defenders.  However, it must be noted that this is an average and as a result many different numerical situations arise, with 3v3 being the most common (14%).  Some of these scenarios are displayed below: 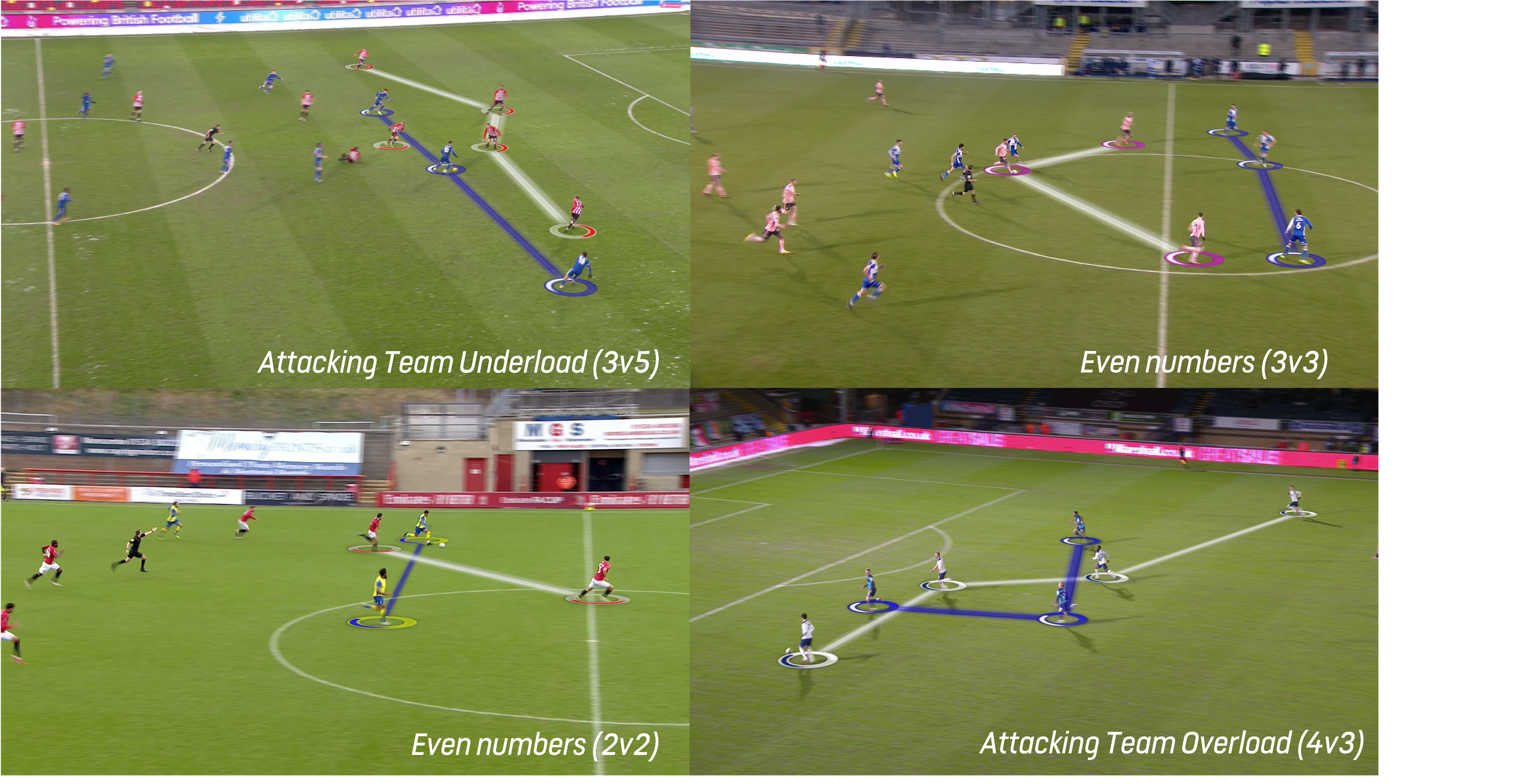 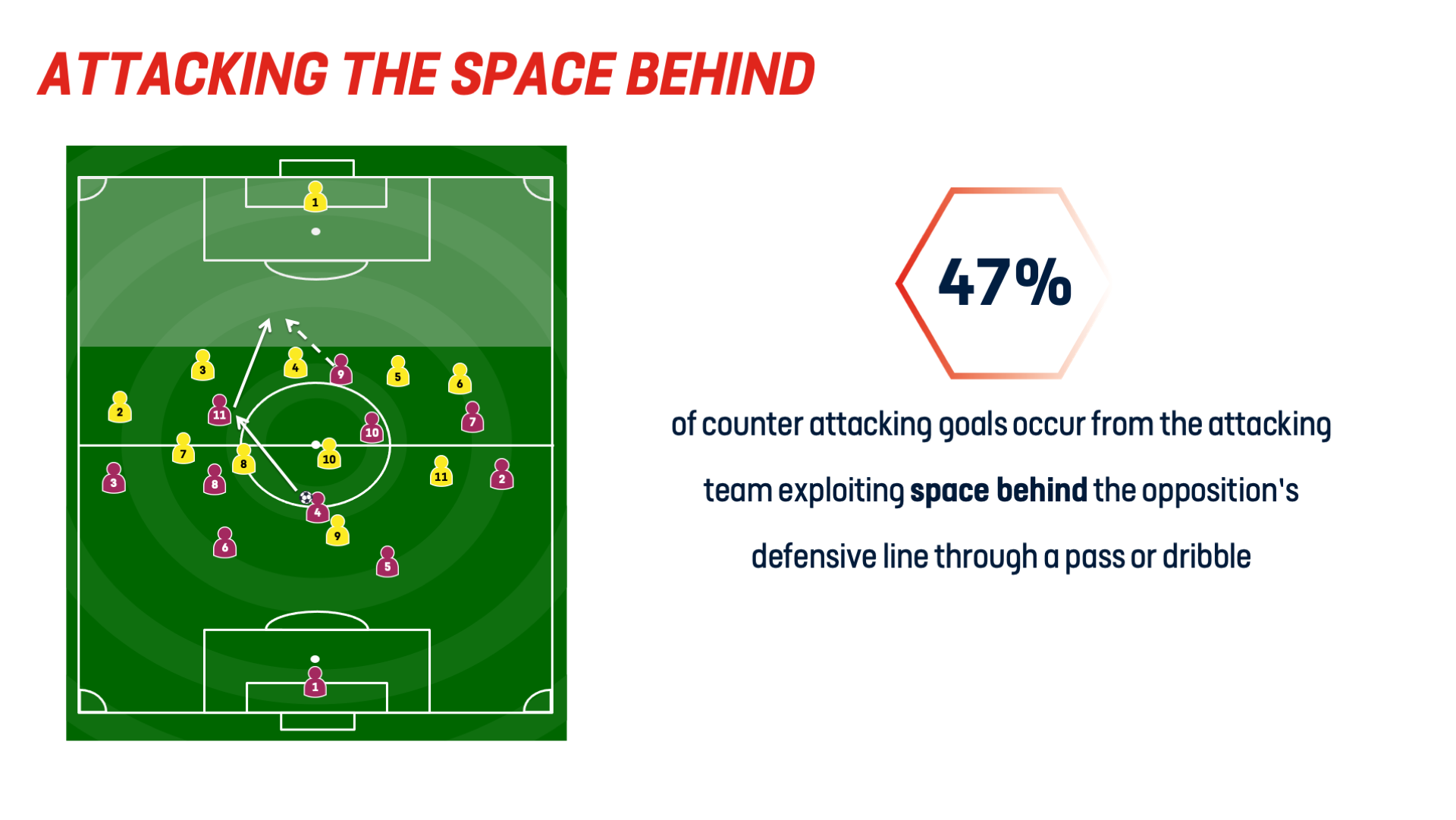 A common feature in counter attacking goals is the attacking team taking advantage of space behind the opposition’s defensive line.  This accounted for 47% of all goals and highlights the need to be able to play forward quickly and decisively, with attacking players making quick forward runs to exploit the space behind.  This can be seen in the video below:

With the attacking team only having a numerical advantage in 11% of counter attacks, how would you set up your practice to accommodate this, whilst also ensuring players can experience success?

When and why would you change strategy mid game from a possession-based style to a counter attacking style and how would you do this?

What attributes are important for helping your players recognise opportunities to play in behind quickly on transition?