The global game of futsal 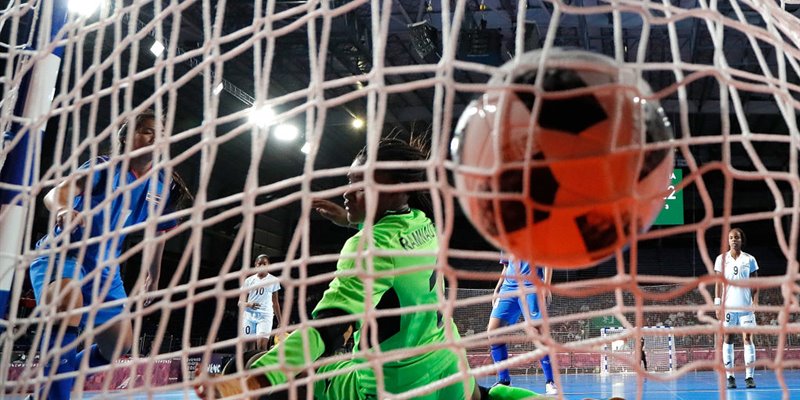 In this blog Jamie Fahey, grassroots futsal coach and former football coach mentor, reflects on the game of futsal and how it is viewed across the globe.

“In any football programme in any country, players should be playing futsal, because you get to a point where the coach cannot make you any better technically. It’s about repetition.”

That's the view of Roberto Martínez, the Belgium national team head coach and former manager of Everton and Wigan Athletic. I was fortunate enough to interview Roberto for a book I’ve written, and he explained his love of the small-sided game. “There’s no better game which gives you the amount of action and practice that futsal does,” he says. He also shared with me how some of his most famous tactical gameplans – including using Kevin De Bruyne (who also played futsal as boy in Belgium) as a “false nine” to help the Red Devils defeat mighty Brazil in the 2018 World Cup – have their “roots” in the small-sided game. And he's not alone. It’s clear that Martínez’s playing and coaching generation, including Xavi Hernandez, Andres Iniesta and Pep Guardiola, were influenced by futsal growing up in Spain. But what exactly is the sport? And what can it offer youngsters in England?

Well, imagine football but with more of the best bits. More goals, shots, saves, passing combinations, counter-attacks and 1v1 encounters. Then take all modern football’s most annoying aspects – time-wasting, offside drama, goalless bore-fests, joy-killing VAR (and attempted super league breakaways) – and simply get rid! Obviously I never use this phrase when coaching, but in this case, that's right, simply “get rid”. Launch into row Z. And then what you're left with is the game of futsal.

It’s the Fifa-sanctioned five-a-side sport born in the YMCA indoor halls of South America nearly 100 years ago, where players touch the ball between six and 12 times more than in 11-a-side football. It’s a specialist professional sport in its own right at adult level and offers kids the ball contacts and intensity required to fall in love with mastery of the ball.

Known as the “laboratory of improvisation” in Brazil, it’s played on a 40m x 20m hard court to the equivalent 11-a-side intensity of 37 a side. At adult level, the clock stops when the ball goes out. So it’s faster, more condensed, with a smaller, low bounce ball. It’s a thinking player’s game. With an estimated 60 million people playing worldwide, it’s a sport I believe offers a potent replacement for the lost art of street football.

I’ve analysed the game from my experience as a kid playing football noon and night in the streets, parks and halls of Liverpool in the 1970s, at Everton as a teenager in the 1980s, a semi-pro footballer in the 1990s and a Uefa B coach and grassroots coach mentor for the FA in recent years. English football’s quest for a new breed of player – the England DNA approach – reappears as a theme. Put simply futsal enriches the culture, nature and intensity of the ball-playing experience – from the grassroots to the top of the footballing tree. In England, and especially at youth level, it offers a blank canvas on which a new sporting image can be painted, and experimentation should be compulsory.

For me, futsal is a stand-alone professional sport of rich commercial potential, and it is a clear way forward in any country denuded of inner-city street football. While coaching my sons’ teams over the years – and more recently playing on the same court as my eldest – it's clear that futsal can provide twenty-first century children with a modern version of the freedom I found as a boy. Whether this helps a child become a footballer or futsal player – or just fall in love with a ball – wouldn’t it be powerful to provide these vital opportunities to play?

I would be fascinated to hear your thoughts on how you view this beautiful game.