The flourishing world of women's futsal 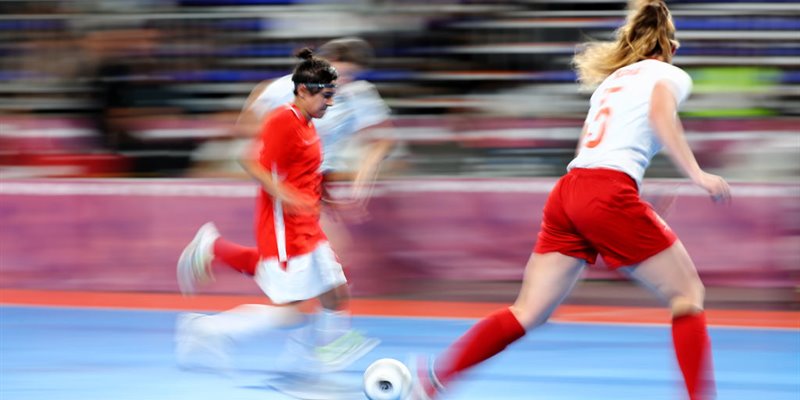 In this blog, Leanne Skarratt, women and girls' futsal coordinator for Manchester Futsal Club, reflects on the development of women’s futsal.

The popularity of women is futsal flourishing...

The fun, feisty, and fast-paced indoor variant of the beautiful game is taking off all around the world, and England is no different. In recent years, more opportunities have arisen for women and girls to play the game both recreationally and competitively.

Local women’s futsal leagues, often connected to County FA’s, started popping up around the country around the early 2010’s.  This led to the development of women’s futsal clubs that wanted to play competitively at national level. Since the 19/20 season, we have witnessed the launch of the FA Futsal Women’s Super Series.

The British Universities and Colleges Sport (BUCS) league has also reported a 282% increase in female futsal participation over the last nine years.

This rapid rate of growth is testament to just how enjoyable the sport is to play and be involved in.

When talking about her futsal-playing experience, Tina Ellis, who is competing in the Women’s Super Series for Cheshire Futsal Club, added, “I love playing futsal because it keeps me fit both in body and mind. It's such a dynamic and exciting game that rarely sees a 0-0 bore draw!

“I love the intensity of futsal; it’s heavily dependent on tactics and  your team's game plan can change at the drop of a hat. It's such a good feeling when you pull off your one of the team's plays that you've been practising for ages in training – even better when you light up the court by scoring a cheeky flick or ‘worldy’. The rolling substitutions lend kindly to strengthening team spirit, and shows just how important each player is. I love being part of and belonging to the futsal family. Here's hoping that it's growth and momentum continues to move in the right direction”.

Emma Brown is competing in the FA Futsal Women’s Super Series for London Genesis Futsal Club. She has also represented the England Deaf National Futsal Team in World and European championships. “Futsal is a beautiful game”, she said. “It’s an exciting, fast-paced, and high intensity sport”.

Women’s futsal clubs, County FA’s, and some football clubs have started providing opportunities for girls to play the game. Developing youth futsal for girls is vitally important for the future of the sport, and to ensure that everyone gets the chance to play this fantastic game at a level that suits them.

For more information on how you can get involved in futsal in your local area, please contact your County FA or local futsal club. You can follow the action in the FA Futsal Women’s Super Series by visiting www.nationalfutsalseries.com and the BUCS competitions by following www.bucs.org.uk/sports-page/football-futsal.html

Or if you have a question, please comment below.