My journey in futsal 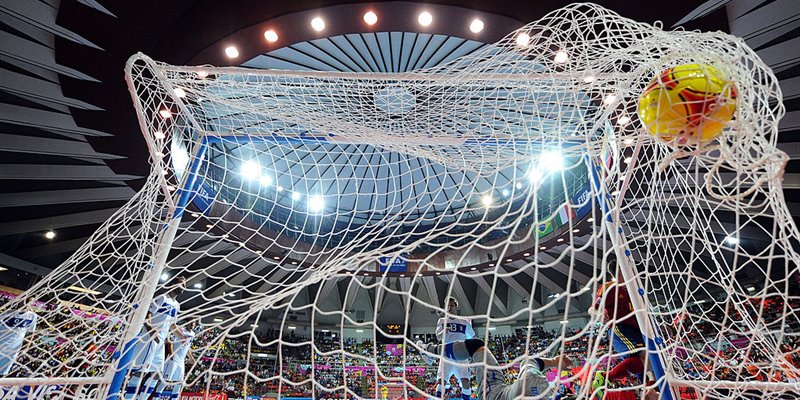 Grassroots coach, James Coyne shares his experiences of futsal over the last six years. He discusses his route into futsal and how he has since gone on to complete the UEFA B in coaching futsal.

I was first exposed to futsal when my son’s grassroots football team were invited to enter the Leicester Futsal League, which ran every other Saturday alongside our football league every Sunday. Both the players and I loved it and so I wanted to find out more. I had been assisting (and learning) on the football side with another coach but this was my initial journey into being the lead coach.

I knew that if I was running one session every week and playing these regular games that I needed to learn about the game. Since then, for the last 6 years I have been hooked by it. I have done all the futsal coaching courses, including the futsal UEFA B and spent many hours visiting different people, watching Youtube videos, following people online, reading and generally trying to absorb as much as I could in the areas where I felt least confident. My family and I regularly watched our local university team, Loughborough University, and most importantly I continued to build my coaching experiences alongside this content. I coached weekly sessions with my son’s grassroots team for 4 years before I was afforded the opportunity to work with adult female players at Derby Ladies. The guys there were fantastic so I owe a lot to them for their support at that time when I was learning to coach in a new environment with different challenges. My latest and current experience is with Loughborough University. Again, I cannot speak highly enough of the way they have provided me with an opportunity and continue to support my learning. I think both clubs are indicative of the welcoming world of futsal and whilst my coaching journey has certainly been a bumpy ride at times, thanks to these two clubs and the people associated with them, I’m still going and still trying to improve.

When I started, I would copy sessions, and this was fine. I would use the Loughborough warm up games and others that I had seen on the futsal level 1 or I could find online. I knew I was helping the players to use techniques that would help them in futsal, like using the sole of their foot and passing in different ways. I was also encouraging them to pass and move because I could see this was important. But I am somebody who likes to understand why things work and when I started to understand the why, that’s when things changed. As I started to get more knowledge I started to realise why certain techniques were important, why players moved in certain ways and why you might need to have 4 subs, so that you can keep a high tempo on court for example. I could see the bigger picture and this helped me to support the players because I was able to try and explain how each session linked to the next. Once I was on the UEFA B my sessions started to link to the way I saw the game being played. I was also learning that I needed to adapt and revise the way I wanted to play due to the most important part of any team - the players.

I would say it’s been significant, in a number of ways for a number of reasons. Firstly technically, the players’ first touch and their passing and receiving has improved. They dribble more and are more confident to take players on. They are also more comfortable in tight areas. The goalkeepers have benefitted too. They feel more involved in the game and have improved so much with their feet. The technical returns on playing Futsal are well documented and over time you will see that come through, but I have also seen players get a physical workout when playing. It’s a fast paced game which develops fitness. Also, rolling substitutes allow players the chance to reflect and review and have another go.

Irrespective of the benefits for player development, the impact the game has had for certain individuals is even more significant. I’d say this game has saved one of the players from dropping out of football altogether. There was a time when this player wasn’t engaged in football, but he was still choosing to come to the futsal games on the Saturdays. He found it more enjoyable, he got more touches, and it was more sociable. As it was, he then came back into football a year or two later, but I’m not sure he would have done, without futsal in those interim years. There are also other payers who enjoyed futsal so much that they wanted to play it after U16 instead of football. We have therefore created a pathway for players who want to stay in futsal by linking up with local futsal club, Leicester Futsal Club and this has been a brilliant way to provide a route into adult futsal for those who want it.

Help players to increase their ‘futsal age’. I remember when someone told me about this it really struck me. If you imagine that everything a young player does outside of playing football, can still have an impact on their ‘football age’. So, if you think about players playing FIFA, watching Match of the day or even playing with friends down the park then this all contributes to their Football age. The more that’s done the older you become. With Futsal there are less age boosters so we might need to help players with this by encouraging them to:

Any questions, please post them in the comments section below.