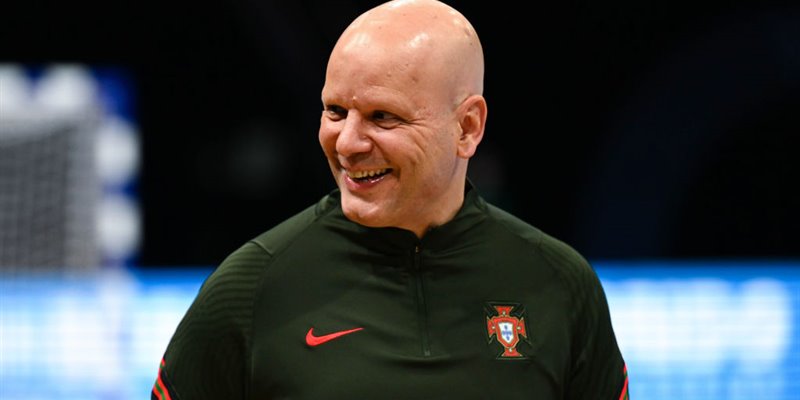 Leading this record-equalling side is Head Coach, Jorge Braz. Named Head Coach of the Portugal Senior Men’s team in 2010 he has obviously been instrumental in building this team and guiding them to continued success at the highest level.

Jorge has always been an incredibly knowledgeable and humble man whenever I have spoken to him and we were fortunate to have him at the FA Futsal Conference in 2018. These were the key messages I took from his delivery, all of which I still consider when coaching today:

2. Observation skills of the coach are vital

3. Encourage players to keep the ball moving and use more space when receiving

4. Body positioning is vital for players to see the bigger picture

5. Changing speed is vital in winning a 1v1 duels

6. Encourage players to cut across their opponent if they can

7. Opportunities to play is important in sessions

8. Use practices which make players think and involve goals with goalkeepers

9. Observe on, around and away from the ball

Which of these key messages resonate for you? Comment below.