Develop the individual: techniques and tactics 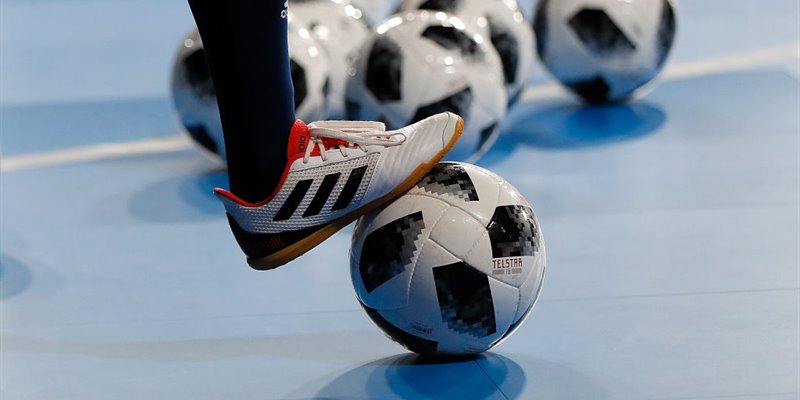 Experienced futsal coach and UEFA B futsal coach developer, Marc Forrest, emphasises the importance of developing individual fundamentals to aid long-term development and support players to excel within the demands of the game.

As young players return to organised sport across the country, they will have missed the joy of play and interaction with others for over a year, so they need to be encouraged to take advantage of the opportunities to play through different forms, formats and invasion games. We should embrace the varying benefits and experiences a player will gain through playing both formally and informally, whether it be through futsal, football, playing against mixed ages during a school lunchtime, recreationally in a cage at the local park with friends or within a local league for a club. Even playing popular old-school childhood games such as Wembley and Head and Volleys have a place in providing players an opportunity to gain time on the ball, enjoyment and social interaction.

There is no coincidence that the majority of the best players and coaches in the world have enjoyed a culturally well-rounded upbringing exposed to invasion games with transferable skills such as handball and basketball through their education alongside street games, football and futsal. Each individual is different due to the variety in their experiences and ambitions, which provide the dots; our job as coaches is to help join them together in order to show relationships, improve connections and develop understanding.

Within all their experiences, players will be developing their perceptual skills and having to make decisions. Arguably, the job of the coach is to support the players to build on these experiences, conscious that if we are asking players to play with a purpose, we must speak and act purposefully ourselves. The ‘brilliant basics’ are often seen as just that, basic, leading some coaches to focus on aspects they consider to be more advanced. In reality, these 'fundamentals' regarding individual techniques and tactics underpin formations, group tactics, systems and strategies emphasised at international level and at the highest level of domestic competition.

The continuum of how much time you spend working on these ‘fundamentals’ within your context is dependent on factors such as your players’ needs, team purpose, level and age group but here are some examples you might highlight to the players to help them develop their game. Developing the understanding of the player to relate their tactical intentions with their technical actions is crucial.

In possession, feints can deceive and/or unbalance your opponent and can be done with or without the ball. Feints off the ball can be used as a pre-movement in the preparation or exploitation of space to receive from the ball carrier appearing to ‘show to go’ or ‘go to show’. Traditionally, a lot is spoken about pass and move but in truth move and pass can be as effective if not more. Feints on the ball can displace the opponents’ body weight, positioning or footing and allow you to beat your marker or open a passing option. Feints can be performed in front and behind the shoulder line of the opponent in order to illude the marker to movements front and back or side to side. Out-of-possession feints can be utilised to delay or instigate a reaction from the opponent.

In Layman’s terms the ability to perform actions with both feet. The majority of players will have dominance on one side but reducing the disparity between the two will enable players to possess more tools in their toolbox in order to attempt and perform creative solutions. Developing ambipedal capabilities can aid variations in ball control, passing, shooting, traveling with the ball and general movement.

Adopting a body orientation, or body position, that allows you to scan and maximise your perceptions based on surroundings enables greater decision-making relating to the player, ball carrier, opposition, teammates and space. Adjustments in body positioning can also allow you to limit unnecessary touches and perform actions quicker. In addition, body orientation can be utilised to manipulate and deceive the opponent by implying an intention to play in one direction and instead playing in a different direction, for example with a disguised pass. Additionally, changes in body orientation can be seen as ‘negative’ and therefore a trigger or cue for teams to engage or press; this can be capitalised on to entice opponents to specific areas of space in order to exploit others

What do you do to support your players with their long-term development? How do you help them to develop feints, ambipedal capabilities or their body orientation in matches? Let us know below.