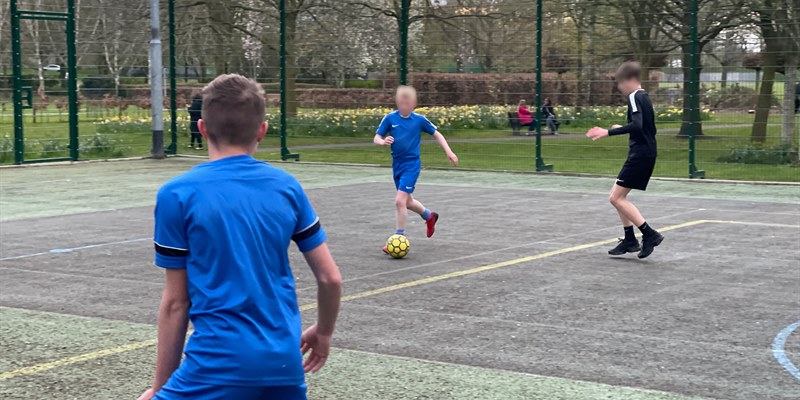 In this blog, Al Tindal, Chairman of Carlisle Futsal Club, highlights the challenges they have faced with developing futsal in Carlisle and how they are overcoming them.

One of Carlisle Futsal clubs biggest challenges is the lack of quality sports facilities in the area. It’s a recognised problem with all of the independent research documents on the subject over the last ten years identifying the issue of high demand, particularly for indoor facilities, outstripping supply.

It has been this way since we formed the club in 2012. There have been some facility improvements in that time with investment predominantly in 3G football facilities aimed at relieving the pressure on indoor facilities but the reality is that once autumn arrives everyone wants to be indoors. There have also been two new sports halls that have been built in that time. But despite consultation with our club specifying minimum size requirements, they have been constructed to Sport England standards which frustratingly currently do not specify for adult futsal yet and do not require a spectator provision. We understand the issues we have faced are a common problem for futsal clubs across England.

As a club the lack of facilities has had a big impact on us. We have managed to grow our membership numbers over the years and as of 2021 we have 200 members but this could easily have been 400 members had there been the availability for indoor training slots. The second issue is that our men’s team, who currently compete in the National Futsal Series 2, are unable to compete at tier one because the biggest venue we have is still 3m too short to meet the minimum court size criteria to qualify for tier 1. Both of these have an impact on our ability to generate revenue and all of these things combined have prevented us being able to fully realise our ambitions for the club to date. We are in effect at the limit of what we can achieve with no immediate prospect of this changing.

So in 2020 we decided to take matters into our own hands. We identified that we needed our own training venue which would be the catalyst for our future growth. It needed to be low cost as we only had a small amount of capital (under £5k) to invest. We would need to work with others for mutual benefit to make this happen. The council seemed the obvious likely candidate as a party that could benefit from our activities and the first step in our plan was to undertake an analysis of under utilised council facilities. Our aim was to see if we could approach them with a proposal to take over a space and bring it back into use.

Our search identified three tarmac tennis courts in the centre of Carlisle, which had not been used since a flood event in 2015, as the best candidates. The outdoor courts were in poor condition with moss growth, debris and some of the surface in a poor state of repair. Our approach to the council was to work in partnership, where we would invest the revenue generated from the use of the site back into the facility in order to continually improve its condition. This removed a cost liability for the council but would also provide them with great data for their healthy city campaign as we brought the space back to life using it as our training base. We invested in two sets of goals, line marking equipment, a leaf blower and an outside store. Previously outdoor futsal would have been a total no go for us. Given the poor weather we experience in Carlisle it seemed unviable to deliver outdoor sessions but at minimal cost training outdoors would provide us with the ability to generate the revenue which can be reinvested with the ultimate aim of creating a high spec indoor venue that can fully meet the needs of a National Futsal Series Tier 1 Club.

There are several steps for us to work through before we can realise our ambition of building our own home but we have already started the process by launching this project and we now have sessions up and running on the tarmac which have been a great success. We have had a few cancelled sessions due to the weather but in the main we’ve been able to get our sessions on or offer alternative indoor sessions. The flat tarmac surface ensures we can keep the essence of futsal in that the ball moves quickly across it and demands players to adopt futsal techniques. One draw back is that a fall on tarmac can result in cuts which is something you don’t experience on an indoor surface normally. As a result it's not suitable for competitive high intensity play.

Once we have raised enough money the next step for us will be to invest in an upgrade of the surface, potentially plastic tiles or concrete, that will allow us to offer competitive futsal and beat the weather more frequently. Once that happens we can start running a league and tournament programme and increase participation numbers significantly. These are small but significant steps as we aim to take control of our future and deliver a vision of tier one futsal in Carlisle.

Have you experienced similar challenges in your area? If so what have these been and how have you overcome them? Let us know below.