Is your football environment inclusive for players who are colour blind?
Click here to join the England Football Learning group and chat with other members
OPTIONS
RELATED

Is your football environment inclusive for players who are colour blind? 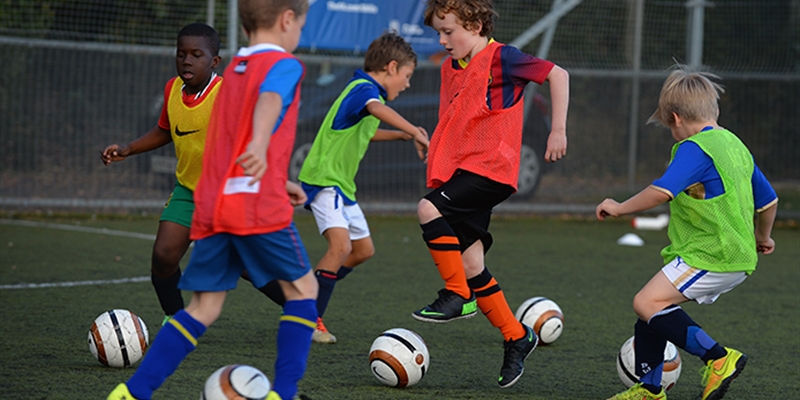 As a young player, Ryan Davies had some negative experiences playing football because he had colour vision deficiency (CVD). Now working for The FA as regional PE and coaching in education coordinator, he wants to ensure other young players don’t have the same issues he faced.

Matchday: the best day of the week. The one day we have all been eagerly counting down to.

As a coach, it’s time for all that hard work and preparation on the training pitch to come to fruition. The players arrive with smiles on their faces ready to give their all. For fans walking to the ground, the sense of anticipation builds as kick-off approaches. As the two teams line-up, who knows what excitement, joy, drama and learning experiences the afternoon will bring.

Except there is a problem. A big problem. Both teams are wearing exactly the same kit. At least that is what it looks like to me. Why? Because I, like over 300 million other people worldwide, am colour blind. In fact, believe it or not, one in 12 males and one in 200 females have some degree of colour vision deficiency (CVD). Statistically, that’s at least one in every male squad from grassroots to the Premier League.

As a player growing up, while my teammates were excitedly talking about how many goals they might score and which celebration they would do, my thoughts were of which kit the opposition might turn up in or which bibs and cones the coach had in their bag. Would I end up accidently passing to an opponent and conceding a goal in the last minute? Would I dribble the ball off the pitch because I couldn’t see the lines? Will I be able to see the ball when it’s at the other end of the pitch? 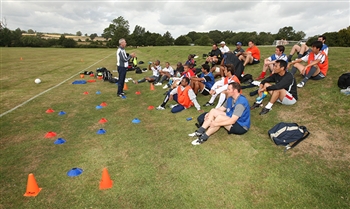 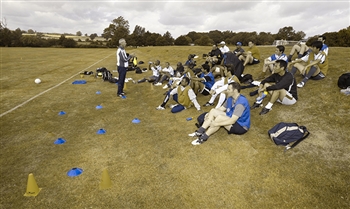 Being able to distinguish between the two teams, see the ball clearly and recognise where the pitch boundaries lie is, of course, fundamental to the experience enjoyed by everyone involved in our wonderful game. So, as coaches, what can we do to ensure that those with CVD, whether they are aware they have the condition or not, are not experiencing challenges which may affect their enjoyment or performance?

Keeping these simple principles in mind on match and training day will have a significantly positive impact on the experience of all those with CVD. Ultimately, and most importantly, it will ensure that, colour blind or not, every single player can concentrate on dreaming about scoring a last-minute winner and not about the colour of their kit.

Here is some further colour blind guidance for coaches:

What do you think of Ryan's suggestions here? Have you coached players with CVD? If so, what have you done to accommodate them? Let us know in the comments below!