Experiences from playing and coaching in croatia 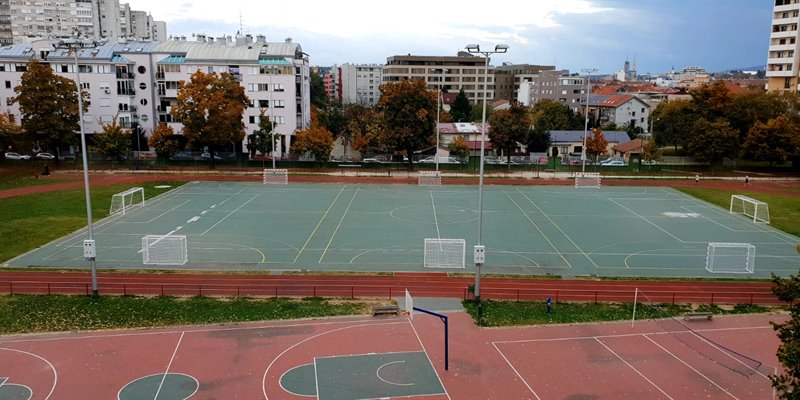 Experienced coach Rich Horllock, shares his thoughts from his time in Croatia, and how it has shaped his journey since.

Spending nearly three3 years in Croatia, playing a bit, but also coaching futsal at a professional club was a fantastic experience. I met so many brilliant people and learnt so much in that time, but for me there were three big things that stood out about the culture of Croatia.

It was incredible to see how all the outdoor spaces like futsal courts and basketball courts were full every evening. It was clear there was a culture that where kids played out every night. In the school holidays they would play every day from 10am to 10pm. This seemed to start around the age of eight8 or nine9 years old or whenever parents felt comfortable to let them go alone., bBut even up into their teenage years, kids could be seen playing in the park areas in addition to their organised team training sessions.

The sports the kids grow up playing in these environments are varied, but they are often court-based. They play handball, basketball, volleyball and futsal. When I spoke to top Croatian players they often referenced what they had taken from the other sports. For example, handball was apparently quite physical, and basketball had lots of tactics to try and get a free shooter or stop your opponent getting past you. As well as playing these games in the evenings, these were what they played at school as well.

Again, this appeared to be a cultural thing, but it was clear that even in these park games, whether basketball, handball or futsal it was important to win. The games were anything from 1v1 to 5v5 but they were often organised to be winner stays on so it would be a long wait if you didn’t win. For me, this had an obvious effect on the standards at the organised training and games that I was involved in.

There were also lots of tournaments all year round for players of all ages and all abilities. They were amazing because everyone was considered equal and had a chance to play. There were no barriers to entry like age, level or experience. It didn’t matter if you were a professional player or a local café owner, you were only considered the best if you beat who was in front of you in every game.

There were winter tournaments inside and summer tournaments outside on concrete. I spent some time with a team as they played in the summer tournaments and they would play three3 games a day most days, sometimes in the same event, and other times travelling from city to city to play in different tournaments each day. The level of competition was incredible and would often include top players, even some professional futsal and football players, who were choosing to play in these events in their off-seasons off seasons. Speaking to people out there, they estimated some of the teenagers played more than 60 tournament games in the winter alone.

The first impact was actually on my playing. I was still playing when I could out there and the intensity of training and also these tournaments, took my mentality to a new level. I played in one tournament which started at 8am and the semi-final was at midnight, all on concrete pitches against some top iInternational futsal players. I improved so much physically and technically, but also became mentally stronger and ended up playing in the Croatian leagues, all-star matches and being capped for Scotland in the Euros.

In terms of my coaching, since then I have adopted the training styles I experienced out there. My SSGs and practices are always super competitive and I am trying to either teach players ‘moments’ or psychological situations, or put them in situations where they are challenged mentally and physically to overcome high pressure and complex situations.
Conditions like underloaded games 4v5, same team restarts, unexpected added on time, decisions in favour of one team, technical conditions in favour of one team, etc are what I use to mentally exhaust players and train them how to win and survive in a tough environment, whilst being in control and leading their team.

Playing and coaching in all these matches made me more ‘game smart’ beyond technical and tactical things. How to utilize energy in key moments - and recognizse situations that win games. Still to this day I revert back to these experiences when making decisions in professional football matches. It’s something beyond systems and formations. It’s the key psychological understanding and ingredient that can turn a game in your favour.

I would love to know how you create game-like practices to develop your players and to hear your thoughts are my blog, in the comments section below.